ToflerBloggerNovember 25, 2015Comments Off on OYO Rooms had a turnover of INR 2.4 crores in FY 2014-15 #IndianStartupData | Tofler
Share

If you have been around in your city any time recently, more likely than not, you would have spotted an OYO Rooms board. OYO is a branded network of hotels and is one of the fastest growing startups in India.

Founded by Ritesh Agarwal (aged 19 years then) in 2012, OYO claims to be India’s largest branded network of hotels spread across 152 cities with more than 3000 hotels. 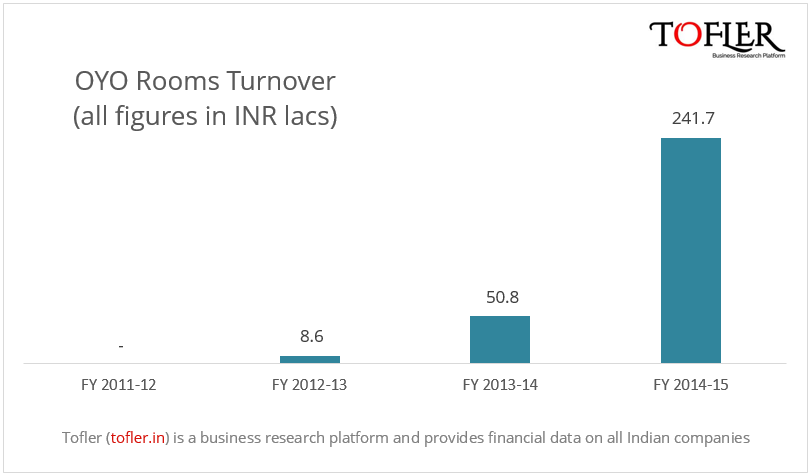 However, at the time, OYO appeared to have been present only in 10 cities with 200 hotels. They have seen a phase of exponential expansion in FY15-16 with two major funding rounds this year. More details are awaited on OYO’s financials and will be updated soon.

With the latest funding round from Softbank Group in August 2015, OYO’s current shareholding looks like this:

*estimated from the documents available with the Ministry of Corporate Affairs

With one of the youngest CEOs at its helm, OYO surely has managed to disrupt the hospitality sector in India so far. Going ahead, it’s going to be a tough battle with competitors like Zo Rooms and a number of others fighting it out.