Jabong, the online fashion e-tailer, earned a revenue of INR 1083 crores in FY 14-15, double of that in previous year. The loss figures stood at 4% of the total revenue at INR 44 crores.

The company has registered triple digit growth since inception. In the financial year ending March this year, Jabong reported a revenue of INR 1083 crores, which is a growth of 105% over the previous year figure of INR 527 crores. The company is yet to break even and made a loss of INR 44 crores in the period as compared to INR 17 crores in previous fiscal. 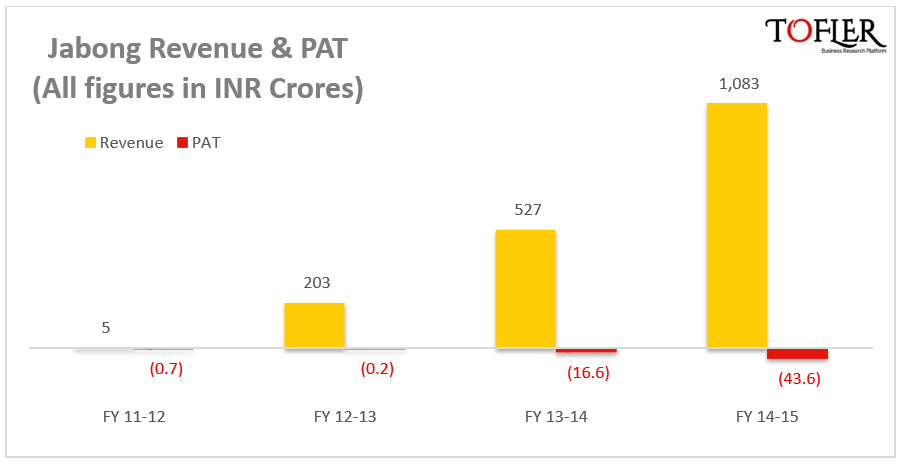 Xerion Retail Private Limited operates the e-retail platform jabong.com for trading of lifestyle products like apparels, footwear, jewelry and accessories. Co-founded by Arun Chandra Mohan, Lakshmi Potluri and Praveen Sinha in 2011, Jabong has been among the leading fashion and lifestyle platforms in the country. It offers more than 2000 brands including Adidas, American Tourister, Gucci, Lee Cooper, Reebok, Van Heusen, UCB, etc. The company operates on an inventory-led model. 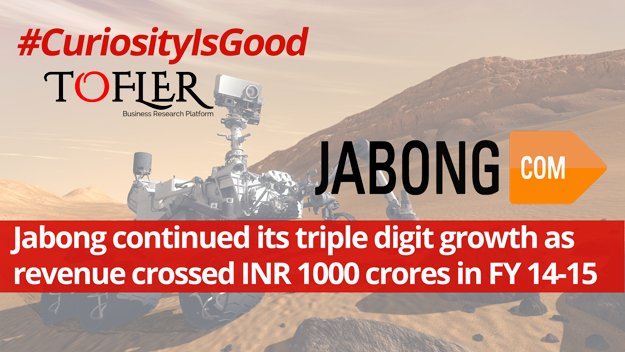 The company operates on an inventory-led model and around 98% of the revenue comes from the sale of the goods, the goods being the finished products that it keeps as inventory. In effect, the major expense for the company is the ‘Purchase of goods’ which stood at INR 837 crores. The other major expense was the logistics expense which stood at INR 161 crores. It does not charge any shipping fee from the customers. The discounting charges were INR 6.3 crores. The following chart gives a break-up of the expenses.

Jabong had been at par in sales with Myntra till the time Myntra got acquired, but has been losing the market share ever since. There were talks of Jabong’s acquisition by Paytm this September following the exit of founding team. It was reported at the time that Jabong was being valued at somewhere between $500 million and $800 million. It appears that the acquisition did not go through, instead, there were plans to overhaul the senior management.