Tofler Delves into the Evolution of Corporate India

ToflerBloggerOctober 14, 2015Comments Off on Tofler Delves into the Evolution of Corporate India
Share

There are 14.6 lac companies that have been incorporated in India. Of those around 10.5 lac companies are currently active. In this article we try to explore the history of how the number of companies have grown over the years. We trace the history back to 1857 when the first company in India was formed and explore the evolution till September, 2015. 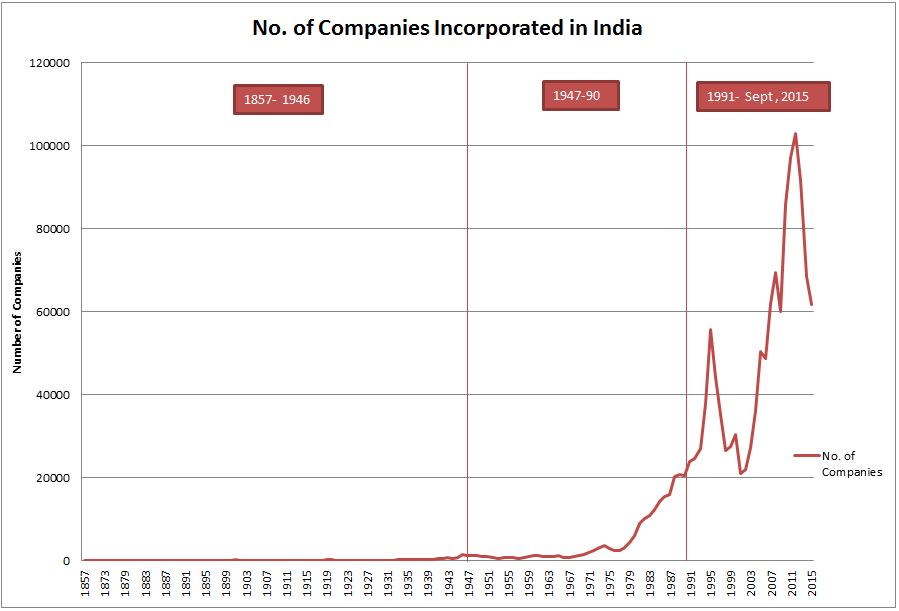 The first company that came into existence in India was way back in 1857, a company called Jhunjhunu Commercial Company Limited which was registered in Rajasthan. Currently this company does not exist as it was struck off from the Registrar of Companies. The oldest incorporated and currently active company in the country is Cheviot Agro Industries Private Limited which was incorporated on 15th July, 1863 and is based out of Kolkata. Over this period of 90 years (till 1946), a total of 11,383 companies were incorporated, an average of 130 companies per year.

In the past 25 years, a total of 12,59,463 companies were incorporated. This is 86% of the total companies that have come into existence in the country.

The paradigm shift was initiated post 1990 as there was a major shift in policies with the government introducing Liberalization, Privatization and Globalization in 1993. The number of companies grew and there were 55,691 companies formed in the country in 1995. This can be attributed to the government’s initiative to liberalize the economy and allow private sector players to take a key role in business and services. This number fell to around 30 thousand by 2000. HCL Technologies (1991), Adani Port (1993), ICICI Bank (1994), HDFC Bank (1994), Bharti Airtel (1995), Café Coffee Day (1993), etc. were incorporated in this decade. 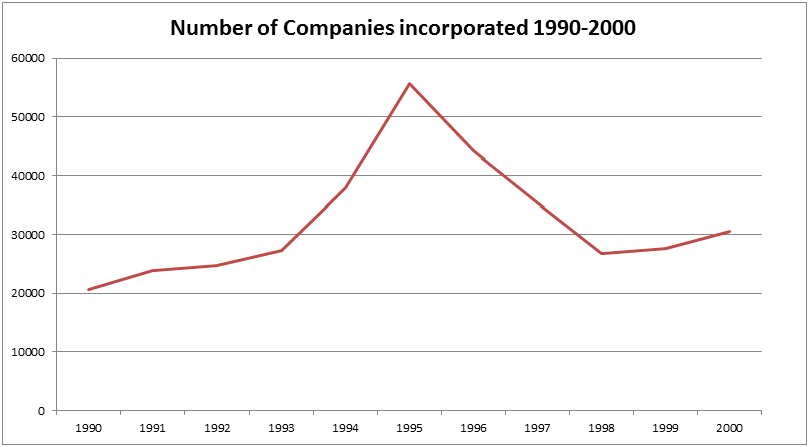 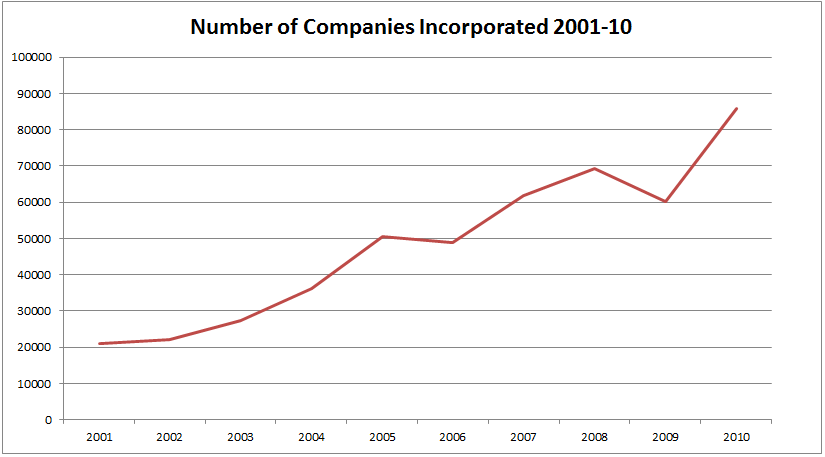 Around 62 thousand companies have already come into existence till September, 2015, a year in which the Government’s Make in India initiative has tried to ensure that new business are able to register and file statutory documents easily and quickly.

The legacy that some of the oldest companies in India carry is more than 50 years and in a few cases more than a 100 years. Most of the companies mentioned in the article are the biggest in the country, and quite a few make it to the Global Fortune 500 list as well. The entrepreneurs behind these companies who have put their blood and sweat in the companies are amongst the richest and most revered in the country, and deservedly so. I will end with a quote from Rob Siltanen:

“Here’s to the crazy ones. The misfits. The rebels. The troublemakers. The round pegs in the square holes. The ones who see things differently. They’re not fond of rules. And they have no respect for the status quo. You can quote them, disagree with them, glorify or vilify them. About the only thing you can’t do is ignore them. Because they change things.”